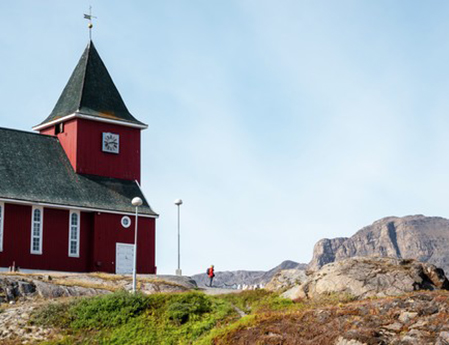 Baffin Island is the largest island in Canada and at 507,451 km2, it’s the fifth largest island in the world. Rugged, yet littered with coastal islands all with differing views, and steep fjords, it’s like stepping in an adventure into the great wild.

Join us for the thrill of a lifetime, as we attempt to circumnavigate Baffin Island through the entrance of the legendary Northwest Passage. A series of waterways that connects the Atlantic and Pacific Oceans via the Arctic Ocean along the northern coast of North America, the Passage is often impassable for most times of the year.

Baffin Island is the largest island in Canada and at 507,451 km2, it’s the fifth largest island in the world. Rugged, yet littered with coastal islands all with differing views, and steep fjords, it’s like stepping in an adventure into the great wild.

Join us for the thrill of a lifetime, as we attempt to circumnavigate Baffin Island through the entrance of the legendary Northwest Passage. A series of waterways that connects the Atlantic and Pacific Oceans via the Arctic Ocean along the northern coast of North America, the Passage is often impassable for most times of the year. 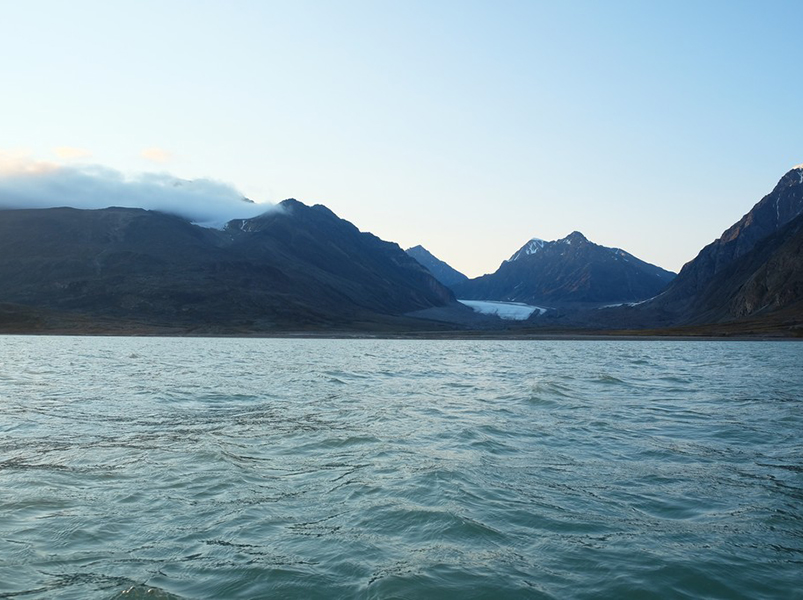 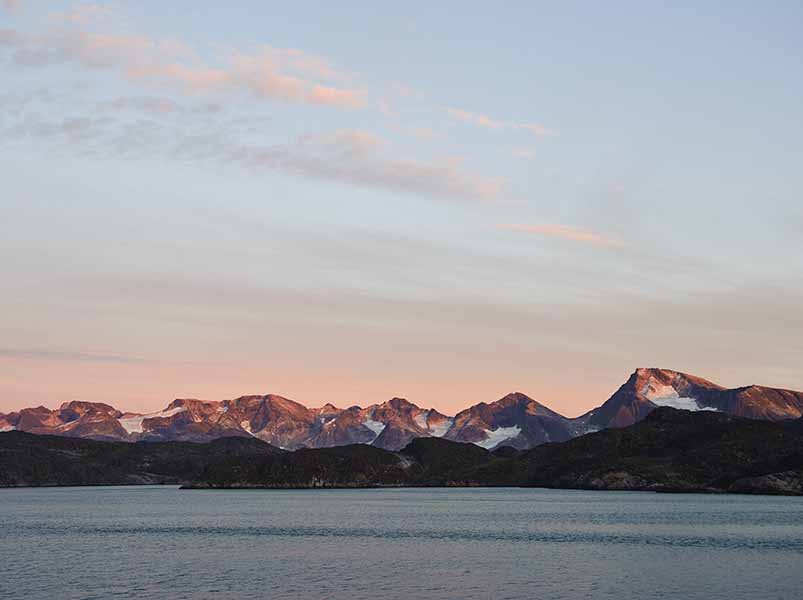 Prepare for an Adventure

Only for the most adventurous explorers, travelling through the Northwest Passage is a unique experience. Yet it promises to be a truly remarkable journey. Known for its largely untouched landscape, it is teeming with wildlife both on land and below the water.

August is a peak time for this expedition – not only has the ice reduced enough to allow a crossing attempt, but it’s also a perfect time to spot wildlife. Polar bears are particularly active, hunting whales are abundant, and seals can be spotted enjoying the floating sea ice. 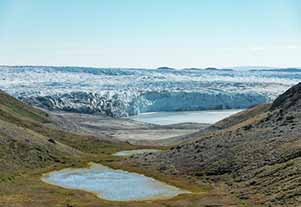 Flying from Copenhagen, you will arrive late in the evening at Kangerlussuaq international airport. From here you will pick up a transfer to the port, ready to board your ship, and home for the next 20 days, MS Fridtjof Nansen. The adventure begins as we sail almost the entire length of the fjord (190km) on our way to the open sea. 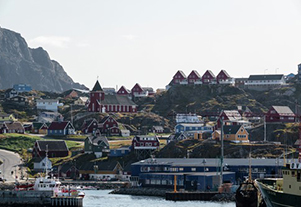 Just 40km north of the Arctic Circle, Sisimiut is the second largest town in Greenland. Founded in 1756, it has a rich history in trade, shipping and industry. Literally meaning “The People Living in a Place of Fox Dens” it is a picturesque settlement that maintains ancient traditions.

There are a variety of excursions to enjoy – included as part of your trip is a visit to the Kayak Demo and Museum. 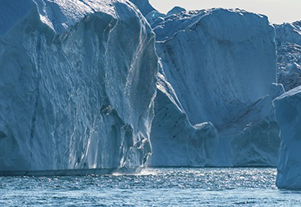 The Birthplace of Icebergs

Ilulissat is set in the stunning backdrop of the Ilulissat Icefjord UNESCO World Heritage Site. Enormous icebergs, originating from the Jakobshavn Glacier, one of the fastest-moving glaciers in the world have run aground and sit at the mouth of the fjord. Included as part of the trip is a walk to the Icefjords. 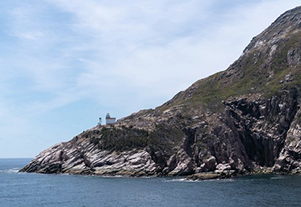 The Davis Strait lies between mid-western Greenland and Baffin Island. Named after John Davis, the English navigator undertook three voyages (1585-87) in an attempt to find a northern sea route to the Pacific. Although a successful crossing didn’t occur until 1906, Davis’ voyages are attributed to contributing towards later expeditions. Why not take the time as we sail to enjoy a lecture from the Expedition Team as we head towards Baffin Island. 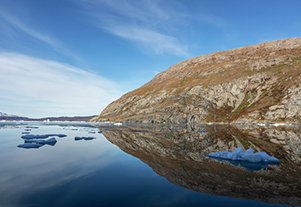 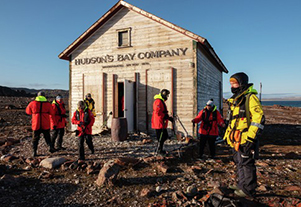 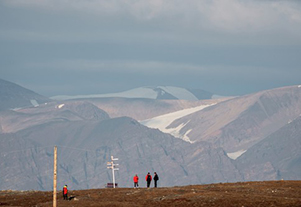 Sailing up through Baffin Bay, we arrive at the northern part of Baffin Island and the entrance to the legendary Northwest Passage. If the elements work in our favour, it is from here that we will start our exploration of the high Canadian Arctic and attempt to successfully complete a circumnavigation of Baffin Island.

Remote, desolate and with the only certainty being the unpredictability of the ice, this is where the true adventure begins. En route, we plan to land at sites linked to early exploration history, visit traditional Inuit communities and keep a lookout for Arctic wildlife such as polar bears, whales, seas and colonies of seabirds. For the more adventurous there will also be opportunities to take part in small expedition boat cruising and to go ashore and experience the wilderness first-hand.

If conditions allow, we plan to explore:

Pond Inlet:
A traditional Inuit community on Baffin Island, it overlooks Eclipse Sound and the mountain of Bylot Island. It’s also renowned as a great place to see large pods of narwhal.

Devon Island:
The largest uninhabited island on earth, the only signs of human life are at the long-abandoned settlement of Dundas Harbour.

Beechey Island:
The final resting place for three members of the lost Franklin expedition which sailed into the Northwest Passage in 1845.

Fort Ross:
An abandoned Hudson’s Bay Trading post, the storehouse is still used as a shelter by occasional travellers.

Igloolik:
An active and vibrant hamlet, it is also home to Artcirq, the only Inuit circus troupe in the world.

Cape Dorset:
Perched on a hill next to a bay, this beautiful settlement has earned international recognition for its many Inuit artists.

Kimmirut:
Baffin Island’s southernmost Inuit community, Kimmirut, is home to 400 people who still maintain the tradition of their ancestors some 4000 years ago. 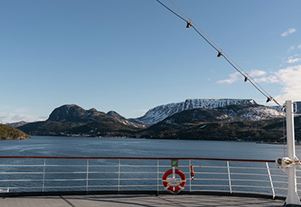 Across the Labrador Sea

Let the wind out of your sails and take some time to relax as we cross the Labrador Sea on our way towards Kangerlussuaq. Our Expedition Team will also be on hand and will be continuing their lecture series. 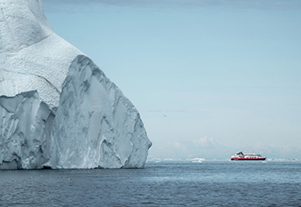 As we return to Kangerlussuaq, we stop for a visit at the Greenland Ice Cap. Gargantuan by any standards, the huge ice cap stretches 1500 miles north and reaches heights of up to 3200 metres above sea level. Once back on board, we mark the end of this remarkable adventure with a farewell BBQ. 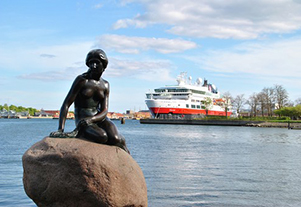 We arrive back at Copenhagen airport early in the morning in readiness for your return flight home. If you’ve not quite had enough adventure, why not extend your stay and enjoy the delights of this trendy city. 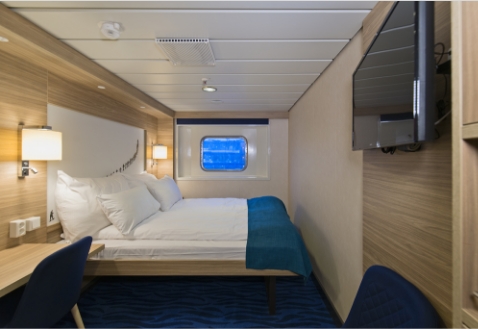 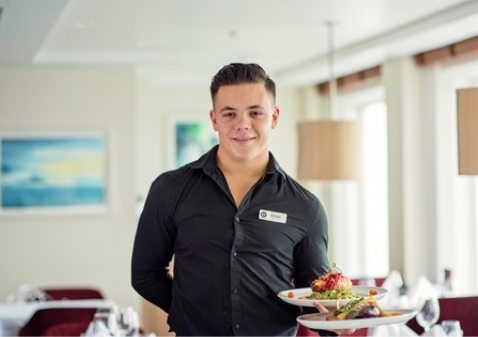 Included in your voyage:

Onboard activities and education:

What’s not included in your voyage: 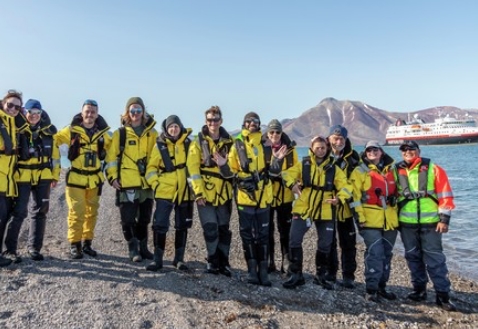 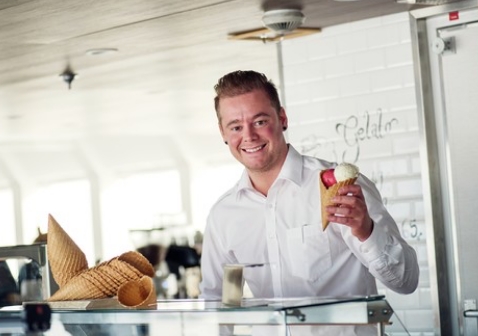 The Hurtigruten line was originally launched to transport people and goods along the coast of Norway. It was particularly prevalent in winter when infrastructure was still in its infancy and land travel was generally more difficult.

They also don’t fall short when it comes to comfort and amenities. The cabins are all elegantly furnished with a choice of cabin to suit all budgets. The MS Fridtjof Nansen is the latest addition to Hurtigruten’s fleet of custom-built ships and is hailed as the next generation expedition ship.

The ship has three restaurants that offer a variety of dining options, with menus drawn from our rich Norwegian and Nordic tradition, as well as international cuisine and local inspiration. 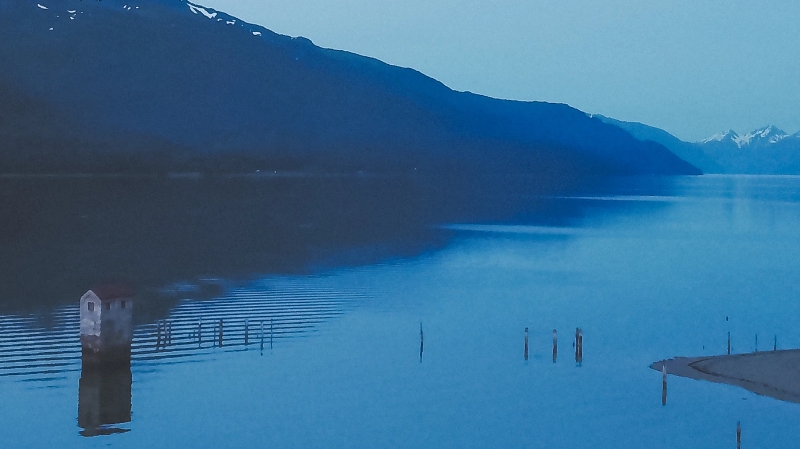